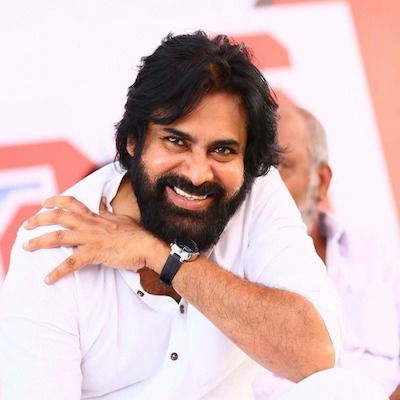 Popular Telugu actor and Jana Sena President Pawan Kalyan will contest from two constituencies in next month's Andhra Pradesh Assembly elections, the party announced on Tuesday. Pawan Kalyan will file his nomination from Bhimavaram in West Godavari district and Gajuwaka in Visakhapatnam district.

Janasena party political affairs committee member Madasu Gangadhar released a press note that Pawan Kalyan will be contesting from two seats in upcoming assembly elections. the best note revealed that Pawan Kalyan will be contesting from Gajuwaka of Visakhapatnam district and Bhimavaram of West Godavari district. The press note said that the party general body committee has done a statewide survey to find out the best constituency for the party chief. Ananthapuram, Tirupati, Ichchapuram, Rajanagaram, Pithapuram, and endureth also were identified as the best constituencies for Pawan Kalyan along with Gajuwaka and Bhimavaram. But out of these 8 constituencies, finally, Gajuwaka and Bhimavaram have been chosen for their party chief.

In the 2014 election, Jana Sena had not contested but Pawan Kalyan had campaigned for TDP-BJP alliance. This time the party decided to contest the polls in alliance with the Left parties.