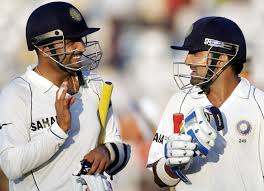 Former India cricketer Virender Sehwag declined BJP's offer to contest the Lok Sabha polls on the party ticket. He excused himself with a few personal reasons.

However, Sehwag's former teammate Gautam Gambhir is serious to make an entry into politics and may contest the polls from Delhi.

Sehwag's was considered for the West Delhi seat which is currently held by BJP MP Parvesh Verma.

Earlier in February, there were reports that Sehwag might contest the polls on BJP ticket from Haryana.

However, former India opener dismissed the rumours on Twitter:

The speculation had risen in July 2018 when Union Minister Rajyavardhan Singh Rathore and Delhi BJP chief Manoj Tiwari had met Mr Sehwag as part of the party's ''Sampark for Samarthan'' initiative.

According to a few sources, Gambhir has started attending meetings in the run-up to the Lok Sabha polls. He even attended one by a resident welfare association in Defence Colony earlier this week.

However, Gambhir has called these speculations “rumours” saying he has no clue about it.

After announcing his retirement from all forms of cricket in December 2018, Prime Minister Narendra Modi had reportedly sent him a congratulatory letter for his contribution to the sports and had added that his decision of retirement marked not one but several other innings of his life