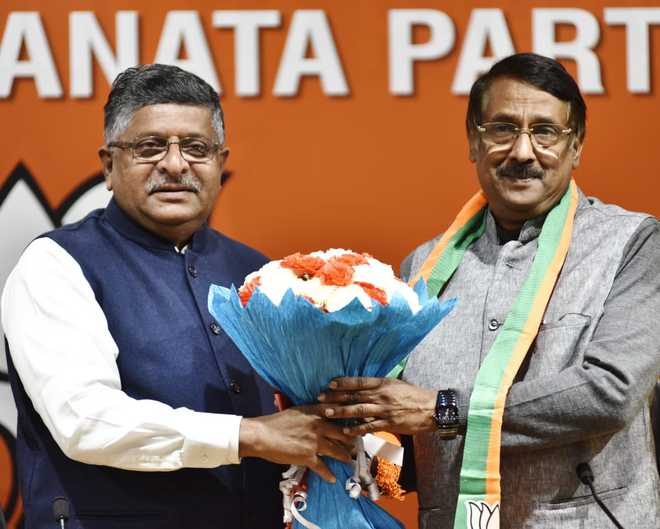 This Lok Sabha election is witnessing many transfers, political leaders shifting their loyalties, not contesting in elections and also resignations. Within this hustle and bustle, Congress leader Tom Vadkkan has joined the Bharatiya Janata Party in the presence of Union Minister Ravi Shankar Prasad.

He then later the BJP's national president Amit Shah. Vadakkan said' I left Congress party because when Pakistani terrorists attacked our land, my party's reaction to it was sad, it hurt me deeply. If a political party takes such a position that is against the country then I'm left with no option but to leave the party. I have worked for Congress for 20 years. But dynastic politics has reached the zenith. A use-and-throw phenomenon has started,' he said.

Vadakkan said, 'With a heavy, I left Congress. If a party works against national interests, then there is no other option except leaving the party. He even criticized the president of Congress President Rahul Gandhi.

He stated "I gave my prime of life to the Congress. But dynastic politics is now at its zenith in the party... There's no place in it for self-respecting people,". He even commented that he has full faith in the development initiatives of Prime Minister Modi.