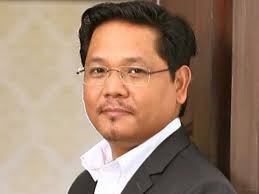 Meghalaya CM Conrad Sangma announced that National People's Party (NPP) will have no pre-poll alliance with BJP in any state for the upcoming Lok Sabha and Assembly elections on Wednesday.

Sangma told the reporters that the party has been very clear on its stand with its own identity and ideology and thus they will fight the election on their own terms.

He further claimed that his party had sent a clear message to BJP General Secretary In-charge of North East, Ram Madhav at a meeting held on Tuesday with CMs from Assam, Manipur, Arunachal Pradesh, and Meghalaya that it won’t form any pre-poll alliance with the party.

The party is currently working towards fielding candidates in all the 25 Lok Sabha seats across the north-eastern states.

Regarding the controversial Citizenship (Amendment) Bill, the CM asserted that they have been very clear from the start that if the bill will pass, the party will sever their ties with BJP and NDA.

Sangma showed Confidence in his party and leaders saying that he was confident that they will win the Tura Lok Sabha seat no matter who the candidate is.

Reacting to the issue of NPP legislators quitting his party in Arunachal Pradesh, ahead of the upcoming elections, he called it an unfortunate situation. He said that the MLAs there had come from the PPA (People's Party of Arunachal); they joined the NPP and left."

He claimed that the entire turn of events sent a very wrong signal will lead to people judging individuals (party hoppers) who do that. However, he also added that as it was an individual decision, he doesn’t have anything to comment.