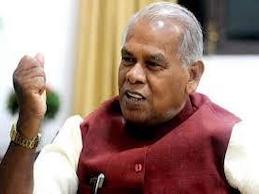 Hindustani Awam Morcha (HAM) warned the Grand alliance a day before the oppositions were scheduled to meet and finalize seat sharing that it will not contest if it isn’t given a respectable number of seats.

HAM chief who is the former Bihar CM, Jitan Ram Manjhi claimed that several rounds of talks on seat sharing have taken place and the final talks will be conducted in Delhi on March 13th and 14th. Thereafter, a final decision will be made on March 15. There are 40 Lok Sabha seats in Bihar.

Previously, Manjhi had expressed his disappointment over reports that said only one or two seats would be offered to HAM. He has been stern about the fact that HAM will not contest the election if it is given fewer seats than RLSP and the Vikasshil Insan Party (VIP).

Reportedly, his demands have become a hurdle for both the major players -- RJD and Congress.

Of the total 40 seats in the state, RLSP s willing to contest at least from five while VIP has said it wants three seats.

The RJD apparently has demanded a 'lion's share' of 20 seats while Congress is eyeing on more than 10 seats.

According to sources, Manjhi had also received an offer from the BJP to rejoin the National Democratic Alliance.

In 2014 elections, RJD won only 4 seats and Congress two while the NCP could only grab one seat. The JD-U, which contested separately, also won only two seats.