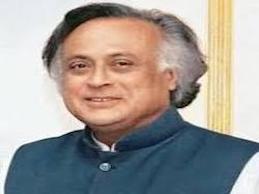 The Congress party on Monday lashed out at the Union government after the minutes of the Reserve Bank of India board meeting on demonetization revealed that the central bank had “serious reservations" about the center’s plan to withdraw high-value currencies.

It’s highly unlikely that the opposition will let go of the opportunity to target the BJP-led National Democratic Alliance government, especially with the national elections just a month away.

While addressing a press conference, senior Congress leader and former Union minister Jairam Ramesh said that it was understandable from the minutes of the RBI meeting which were accessed through a right to information (RTI) application that the central bank was pressurized to agree to demonetization.

He gave a statement saying:

“If there is one decision in the last five years that has compromised the Indian economy, then it is demonetization. Even today, the country is suffering because of the decision of demonetization."

“Black money did not come back, terrorism increased, counterfeit currency is still in circulation and we are not a cashless economy—every goal of demonetization failed. Watch the people of India call out Modi’s biggest scam till date."

“Demonetization was part of the government’s move to tackle black money and fight corruption. It cannot be observed in isolation. It led to the establishment of audit trails and ownership of black money."

According to the minutes, hours before Modi announced the note-ban decision on 8 November, the RBI board had warned the government that demonetization wouldn’t have a material impact on black money. The central bank board members had cautioned that most of the black money was held in gold and real estate, and not in cash thus, the move might not get the desired results.

In response to that, a section of the board members counter-viewed by saying that the growth rate mentioned was in real rate, while the growth in currency in circulation was nominal.

Lastly, the minutes noted that adjusted for inflation, the difference may not be so stark and thus the argument didn’t fully support the recommendation.”