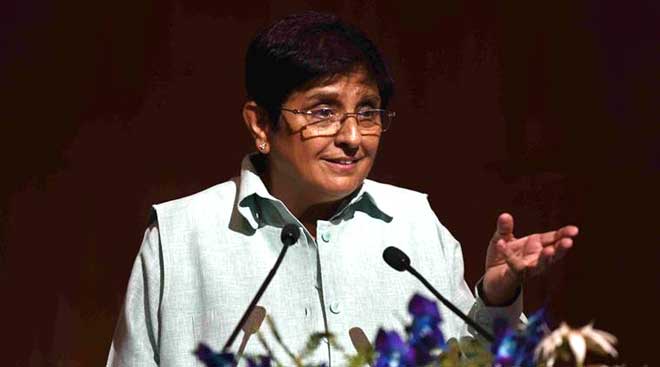 Kiran Bedi, Lt Governor of Puducherry appealed to the public to exercise their right to vote in the forthcoming general elections without any fear or favor.

Election to the lone parliamentary seat in Puducherry is scheduled from second of the seven-phase poll on April 18.

Referring to the Model Code of Conduct which came effect after the Election Commission of India announced the poll schedule, Ms. Bedi said that all her official public engagements and interactions will remain suspended during the period poll code is in force.

"All must exercise their right to vote without fear or favor. The rule of law shall prevail and all administrative systems shall work with utmost fairness and firmness," she said.

In a release, Ms. Bedi said that her routine programmes of hearing of public grievances, visitors' hour, field visits and other official engagements on her part in Raj Nivas will be stalled till completion of the election process.

She added that suspension was a way to ensure the sanctity of the electoral process and to comply with the model code of conduct in letter and spirit.

She also cleared out that during the phase the model code of conduct is in force, the public grievances will be heard and addressed directly by officers of the departments concerned.

Lt Governor's all official social media handles would be suspended.