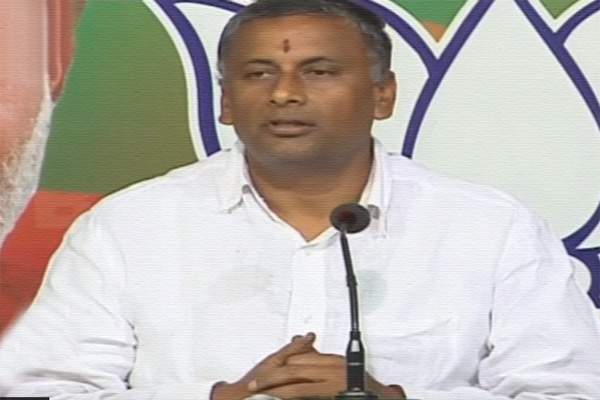 Bharatiya Janata Party leader NVSS Prabhakar said that Rahul Gandhi 's continuous commentary on the nation's unity and integrity became a habit. His statements are absurd and don't have any effect on people. He further commented saying that his remote control is in Italy and also 'seems like he has lost his mental balance'.

The BJP leader reminded that India had lost its two Prime Ministers due to terrorist and anti-social activities. Despite this, the ways of Congress weren't mended. It is during the Congress era major scandals happened.

He assessed that Congress is completely washed out in the country and states such as Rajasthan, Madhya Pradesh and Chhattisgarh are breathing through a ventilator. To consider Rahul Gandhi as a prime ministerial candidate is absolutely ridiculous.