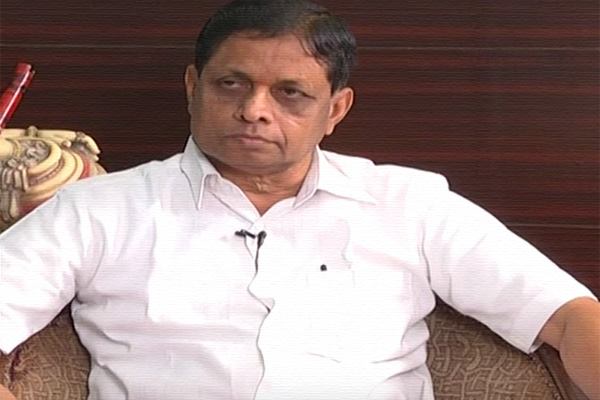 Dadi Veerabhadra Rao, a senior leader of Visakhapatnam and former minister has joined into YSR Congress party along with his son Ratnakar in the presence of YS Jagan Mohan Reddy, leader of opposition in the Andhra Pradesh Legislative Assembly and President of YSR Congress Party.

Speaking to media on this occasion Dadi Veerabhadra Rao said that 'there is no one like YS Jagan who had marched the longest padayatra and heard the problems of the people in the state which has made him a matured politician'.

A series of TDP leaders and prominent industrialists have joined the YSR Congress party for the past few months influenced by the l YS Jagan Mohan Reddy 's 'Praja Sankalp Yatra'.Just a few days back,ex-MLA and former chairman of AP Civil Supply Corporation, Chala Ramakrishna Reddy quit TDP and has joined in YSRCP.

The fast-approaching elections in Andhra Pradesh and most of the leaders from the ruling TDP are leaving the party and joining in the YSR Congress Party, headed by YS Jagan. Few such leaders are TDP MP P. Ravindra Babu and Muttamsetti Srinivasa Rao. Besides these leaders, senior Congress leader and former Union minister Killi Kruparani have also joined YSR Congress party. Also, Former TDP leader Raghuram Krishan Ram Raju who is also one of the important industrialists of West Godavari district of Andhra Pradesh joined into YSR Congress party