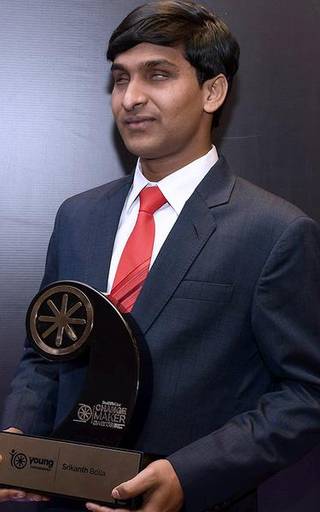 Mr Bolla said, 'YSRCP is the only party which understands the issues of the state and Mr Y.S. Jagan Mohan Reddy is the only leader with the capability, vision and determination to solve problems of the people and fulfil their aspirations,'

He conveyed his resolve to join the politics to the YSR Congress leadership. "The party is very happy to have him as its member. The party is eagerly waiting to work with this visually challenged visionary," said a YSRCP spokesperson.