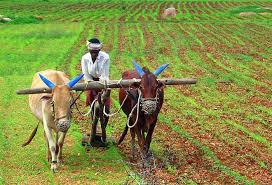 As per the clause in the interim budget, the Central government has transferred the first installment of₹2,000 each to over 2 crore farmers so far under the ambitious Pradhan Mantri Kisan Samman Nidhi (PM-Kisan) scheme on Wednesday.

In the Interim Budget 2019-20, the BJP government had announced the PM-Kisan scheme under which Rs. 500/month will be given to the farmers through their bank accounts in installments of 2000 thrice a year.

On February 24, PM Modi had officially launched the scheme in UP by transferring the first installation amount to over 1 crore farmers.

Apparently, many states have shown interest to implement the scheme by sending the data. According to party leaders, over 2 crore farmers have been benefited. However, some states like West Bengal, are not keen to roll out the scheme and therefore not providing the data.

Meanwhile, Agriculture Minister Radha Mohan Singh was asked about a large number of vacancies in top leadership positions at the Indian Council of Agricultural Research (ICAR). He responded that the recruitment process will be done in a transparent manner as the entire process has been digitized, unlike the earlier manual process.

He was further asked about the issue of protest by ICAR staff over pay parity to which he said that the matter is being looked into by his junior minister.

He also added that the government has shifted its farm policy approach from production-centric to income-centric which has resulted in farmers going in a big way towards income-oriented farming.