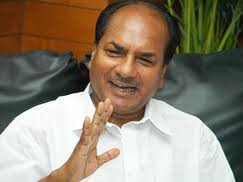 Former defence minister, A K Antony accused PM Narendra Modi of sacrificing national interests while urging him to not politicize the armed forces.

He also accused Modi of ignoring the report of a committee that showed that there were irregularities pointed out by Subramanian Swamy and Yashwant Sinha (then BJP member) in the selection of L-1 in the Rafale deal and had called for its withdrawal.

He claimed that at the time when the security forces were still fighting at the borders, the BJP president was giving out operational details of the armed forces action, calling it an unfortunate event. "Even now our soldiers died, that details only Army and CRPF can explain, not BJP spokesman or BJP president. It is very very unfortunate,” he said. He further took a dig at the PM by saying that he is touring the country and is spreading misinformation like saying that the Congress compromised the national security over the Rafale deal.

Accusing the PM of giving concessions to the French vendor, He questioned the government for an explanation ignoring the report after the irregularities were pointed out.

"This is high time for the Prime Minister to answer my questions purely on the basis of the CAG Report. He should answer why without examining the recommendation of the Committee, ignoring that, why he went to France to enter this agreement and get all these concessions to the French Government,” he asked