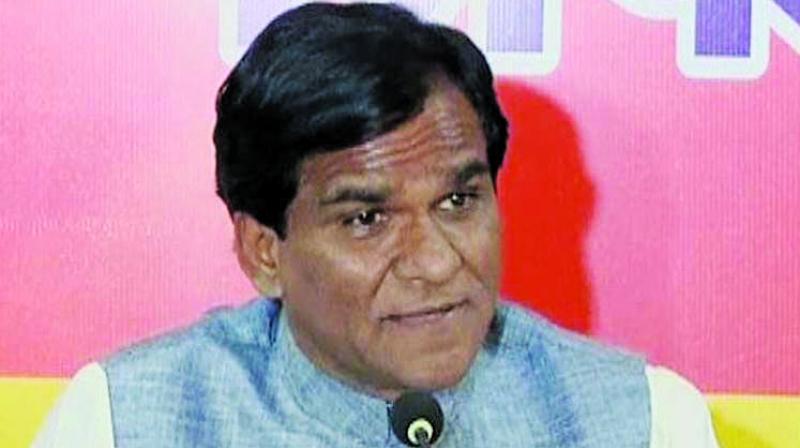 A video has gone viral on social media apparently showing Maharashtra BJP president and Jalna MP Raosaheb Danve telling a public meeting that he would give money in return of support to get elected again.

The BJP MP is reportedly also heard saying that all thieves are united against PM Narendra Modi and him.

The clip which had gone viral on 2nd March hears him saying "I will give you money to support me in the election... My opponents do not have money.... Will you support me?”

The Party leader is yet to give a comment on the issue.

Arjun Khotkar, local MLA and Shiv Sena minister recently announced that he will be contesting against Raosaheb Danve to tame the arrogance of the BJP.

Danve's statement against his opponents has come up at a time when BJP is trying to dissuade Arjun Khotkar from contesting against Danve.

The Sena and the BJP last month announced an alliance for the upcoming Lok Sabha and Maharashtra assembly elections.

However, on Monday, Senior BJP minister Subhash Deshmukh held a meeting with Mr. Khotkar and Mr. Danve to sort out the differences between them.

Not new to the world of controversies, Raosaheb Danve had triggered a row in 2017 when he reportedly said farmers continued to complain despite the state government doling out sops to bail out tur growers.