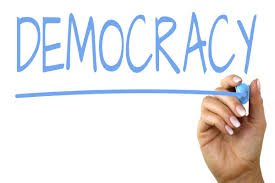 A non-profit journalism company Cobrapost’s exposed reports have always been quite shocking however, they have failed to reach out to the audience as compared to how the crass mainstream media reports reach out every day.

Earlier in Mid-2018 too, the company conducted a sting operation exposing top news agencies of India excepting bribes to push Hindutva ideologies. On 19th February 2019, the company posted a detailed report of their Operation Karaoke which exposed almost 40 celebrities for charging huge amounts to promote specific political parties on their social media handles.

Among these celebs included the top and small names which were:

Choreographer Ganesh Acharya and dancer Sambhavana Seth. This is almost who’s who of the entertainment industry, both film, and TV.

However, there were a handful of artists too who refused the offer namely:

Cobrapost reporters approached these celebrities with a simple question: Would you be willing to promote a political party discreetly on Twitter, Facebook, and Instagram? Representing as fictitious PR agency and taking on aliases, the celebs agreed with apparent PR agents and charged a fee for their services. Some of them even tweeted without having been paid any money to show their eagerness to our reporters.

The basic observation of the sting operation included:

2)    They agreed to defend the government even on controversial issues.

3)    They were willing to sign a dummy contract for endorsement of products to disguise the real nature of the proxy political campaigning.

4)    They swore to keep the entire exercise a secret, and the agenda hidden.

5)    Some actors even proposed that they would proxy promote the political party in their press briefings during the promotion of a film or an event.

6)    Some even proposed to post videos on social media and make them go viral with the help of their followers.

Actors demanded cash between the sum of Rs.2 Lakhs to Rs.50 Lakhs.

The party in most deals was BJPand Aam Aadmi Party along with Congress in few. The news agency has made it clear that the political parties were used, in good faith and public interest, for a narrative purpose only, and that Cobrapost isn’t an insinuation of their actual involvement in the practice. The investigation was made only to expose the celebs willing to endorse a political agenda in return for monetary gains.

Head over to the site for a detailed report along with the company’s experience with each celebrity. https://www.cobrapost.com/blog/Operation-Karaoke/1413

Note: This article isn't sponsored by CobraPost in any way.