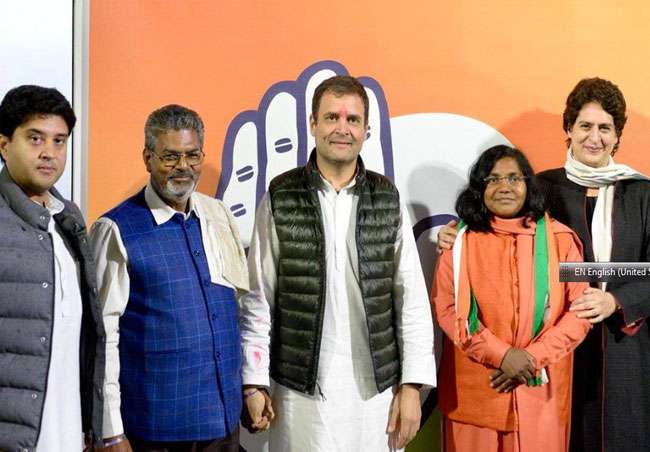 In the last Lok Sabha elections, Ms Savitri was elected from Bahraich from the BJP party. In December last year, she has resigned from the party accusing the BJP of neglecting her and resorting to divisive politics and distributing the harmony of society.

She even alleged that "Because of the anti-Dalit policies of the BJP, neglecting the backward sections of the country and the Muslims, she has decided to resign from BJP and join Congress.

Rakesh Sachan, on the other hand, said that he is being constantly ignored in the Samajwadi Party due to which he decided to leave the party and join in the Congress. He also said, 'As long as the command of Samajwadi Party was in the hands of Netaji (Mulayam Singh Yadav), we were respected. But now everything has changed. A year ago, I was assured that I would be given a ticket from Fatehpur but this seat was given to the BSP in the coalition arrangement.