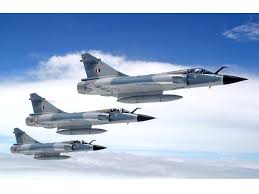 Last night the Indian Air Force carried out air strikes against the terror launch pads in Pakistan as a reply to the Pulwama attacks. Post the attack, a lot of celebrities took to Twitter to congratulate the air force and thanked the PM, Narendra Modi.

As rarely as it happens, opposition parties across the spectrum came together and complimented the security forces for the step taken

In the morning, the foreign secretary, Vijay Gokhale verified the news of the strikes terming them as “pre-emptive" while adding that they were carried out against the Jaish-e-Mohammad to cut down any possibility of strikes in future.

“I salute the pilots of the IAF,"

After the Pulwama attack, he had held a press conference in the party’s official headquarters and announced that his party, and broadly the opposition will stand with the government and security forces on anti-terrorism steps.

Other ministers like Sushma Swaraj and Rajnath Singh too had called an all-party meeting regarding the issue.

West Bengal CM, Mamata Banerjee took to Twitter to express her gratitude to the IAF

Meanwhile, Bahujan Samaj Party chief Mayawati too complimented the air force for its brave work, however, had a word of caution, saying that it would be better if the ruling BJP had given a free hand to the armed forces earlier.