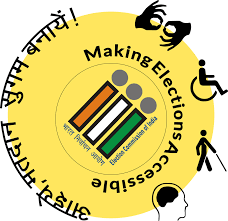 The Election Commission of India will provide a pick-up and drop facility to the differently-abled voters for the upcoming Lok Sabha elections.

The move is aimed to facilitate the disabled to exercise their right of voting. According to an official, Maharashtra has disabled voters 2,24,162 voters registered across 48 Lok Sabha constituencies

ECI has reported that there have been cases of voters being carried to the polling booths by some political party, obliging the voters to cast their vote in favour of the party. The move is taken to ensure fair voting.

ECI has also developed a mobile app called “Persons with disability” which will have the disabled people enroll themselves to use the facility of and pick and drop service. It is yet to be available on the Android Play store. Its availability on other platforms like Apple store isn’t yet confirmed.

Additional Chief Electoral Officer of Maharashtra, Dilip Shinde, said that service is going to be free of cost and the commission has tied up with a quite a few NGOs for the service.

ECI will know the number of disabled people through the voters' list and the polling booths and based on the data, the arrangement of the vehicles will be done.

Specifically for the visually challenged voters, special camps were held to inform them about the new system.

The EC is scheduled to hold a state-wide booth level camps on 23th and 24th February to create awareness about VVPAT machines.