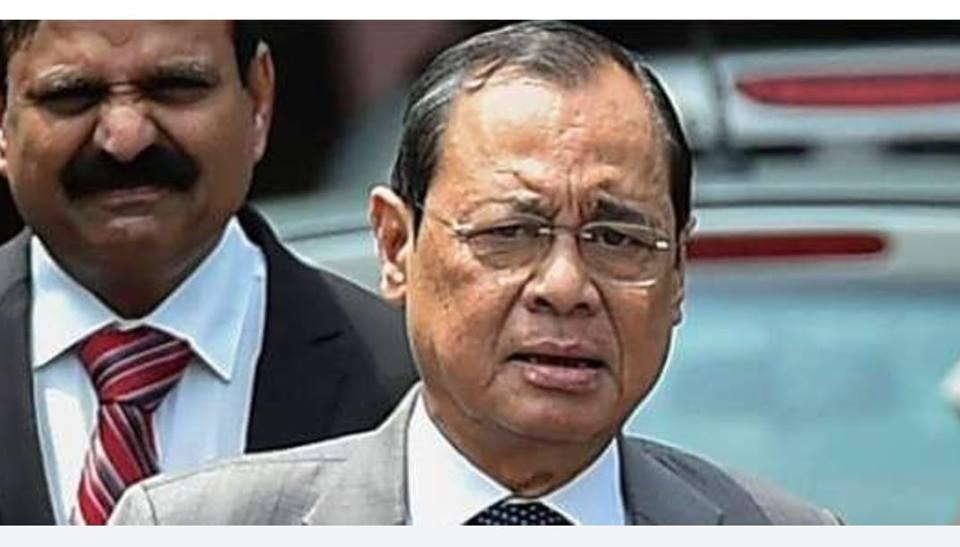 "Chief Justice Ranjan Gogoi defended the Supreme Court against the criticism it’s been facing over the pending review in the Rafale case today.

Criticizing the lawyers in the case, Gogoi said that the review application was filed with defects and while it was lying with the registry, no effort had been made to remove those defects.

Former ministers Yashwant Sinha and Arun Shourie and lawyer Prashant Bhushan had gone to the SC last month for a review of its judgment that supported the government’s decision-making process in purchasing Rafale fighter aircraft.

The petition said that the 14 December judgment relied on facts that were considered patently false and thus should be recalled.

It further disapproved SC’s reliance on documents placed by the Centre in a sealed cover and a report of the Comptroller and Auditor General (CAG) on the pricing issue in delivering its verdict, despite the fact that the audit is yet to be completed.

Calling it a notable error on the part of the court, the petition stated:

“The government has blatantly misled the honorable court, which has grossly erred in placing reliance on false averments in the note not even supported by an affidavit. As the judgment is based on evidently false averments in the note not shared with the petitioners, on that ground alone the entire judgment ought to be not just reviewed but recalled."

The judgment added that The Centre’s submission had recorded that under paragraph 25 of the judgment, it stated that the pricing details were shared with the CAG and that the report was examined by the Public Accounts Committee (PAC). Only a revised portion of the report was placed before parliament.

Chief Justice Gogoi ruled: “In view of our findings on all the three aspects and having heard the matter in detail, we find no reason for any intervention by this court on the sensitive issue of purchase of 36 defense aircraft by the Indian government."