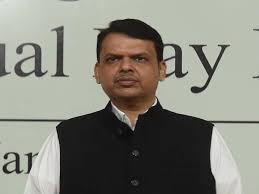 Maharashtra Chief Minister, Devendra Fadnavis said that if BJP would be defeated in the 2019 Lok Sabha polls, it would be a "historic blunder" and would pave the way for a "non-decisive" government that would push the country back by 50 years.      He expressed his views while speaking at a party function organized in Mumbai on Tuesday. He claimed that the 2019 election is not for BJP but is important for Bharat

Hitting back at the opposition parties' poll chant "chowkidar chor hai (the watchman is a thief)", he said those who had done wrong were afraid of the "chowkidar".

Chowkidar (watchman) is a term often used by the PM, Narendra Modi to describe himself and his style of governance.

Recently, the Congress and its chief Rahul Gandhi have been routinely taking a dig at the "chowkidar" tag over the Rafale fight jet purchase issue with the chant "chowkidar chor hai".

Talking about the demonetisation and Goods and Services Tax, and the discontent over the two exercises as alleged by opposition parties, Fadnavis said that people may have faced some trouble due to demonetization and earlier glitches in GST implementation but the five years of the Modi government were about practice and o run faster, one first needs good practice."

While being confident that BJP can easily win over 300 Lok Sabha seats, he backed it up by claiming that the party had implemented several welfare schemes.

Taking a dig at Nationalist Congress Party chief Sharad Pawar, Mr Fadnavis said the former's party had failed to win Lok Sabha seats in double digits but would still continue to dream of becoming the country's prime minister, as if it was game of musical chairs.