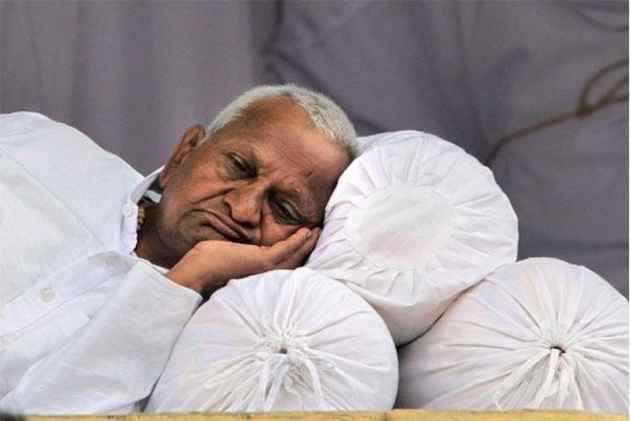 Social activist Anna Hazare has been sitting on an indefinite hunger strike since last Wednesday over his demand for an appointment of anti-corruption watchdogs at the Centre and in Maharashtra.

On the sixth day of Hazare's fast, MNS chief Raj Thackeray met the 81-year-old at his protest site in Ralegan Siddhi village of Ahmednagar district and expressed his full support and asked him not to sacrifice his life for the "useless" government.He asked Hazare to end his protest and conduct a joint tour of the state with him to "bury" the BJP-led government. The MNS leader and Hazare held a closed door meeting at a room in the Yadavbaba temple premises for around 20 minutes. He then further quoted some tweets and speeches of the PM during the 2014 Lok Sabha elections campaign in which he (the PM) had praised Hazare for his honesty and moral attitude. Shiv Sena chief Uddhav Thackeray also extended his support to Hazare, urging him to follow the example of the socialist leader Jayaprakash Narayan and lead an agitation against corruption.

Hazare had earlier warned that if the Modi government did not fulfil its promises, he would return his Padma Bhushan award.