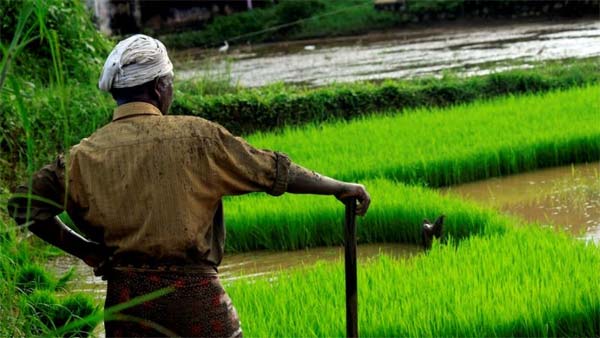 Apart from several Constitutional defects, the Farm Acts reflect abdication of Centre’s duty to secure welfare of the farmers as per Article 37, which says:

The Governments remember the first sentence about unenforceability but happily forget the duty to make directive principles of state policy as fundamental in governance, which is mandated as ‘shall’ by the Constitution.

Article 38 (2) says, the State shall, in particular, strive to minimise the inequalities in income, and endeavour to eliminate inequalities in status, facilities and opportunities, not only amongst individuals but also amongst groups of people residing in different areas or engaged in different vocations. The small and marginal farmer, with all these weaknesses and vulnerability stand before a rich corporate farming company like a subdued and subordinate party, where he cannot negotiate with equal status. The Government says goal of “One Nation and one Market” was behind this law, but this throws‘nation of farmers’ into market leaving the fate of farmers in the hands of big business firms.

After affecting the fiscal federalism by GST related Constitution (101st Amendment) Act, 2016, the Centre perpetuated erosion and encroachment of State’s power, with these Farm Acts, in breach of distribution of sovereignty and powers between the Union and the states, as provided under the Indian Constitution and considered the basic structure.

Neither Cooperation nor Federation

The fathers of the Constitution expected that India would be cooperative federation. But it is gradually becoming conflicting federation, where the Centre is grabbing the powers of the state, in spite of the specific division of powers in the Constitution. The Constituent Assembly debated thoroughly and envisaged a limited federal structure under Article 1 & 246, giving plenary powers to both state and central legislatures strictly separated by two lists. It becomes ‘cooperative federation’ for List III- the concurrent list, where both can make laws. This means Parliament, despite its Constituent and Plenary power under Article 368 to amend the Constitution, cannot legislate on state subjects. It also cannot take away or abridge the State’s plenary legislative powers on the subjects in their list.  A simple reading of three entries 14, 18 and 24 in States List (II) show they are part of State’s plenary. The States have already made laws on this subject. They can also change those laws or make new laws offering protections and imposing limitations, which were taken away by NDA’s Farm Acts.  When the Centre’s Farm Laws and States APMC lawcontradict mutually, the Constitution ensures the validity of state’s laws despite being repugnant to central law because the State law on subjects of states list (II)override the central law.

“Subject to clauses (1) and (2) the legislature of any State has exclusive to make laws for such State, or any part of thereof, with respect to any of the matters enumerated in List II in the Seventh Schedule in this Constitution referred to as the State List”.

Though this clause begins with ‘subject to clauses (1) and (2)’, there is nothing in clauses (1) and (2) that allows Parliament to make any law on State List. The Parliament and Legislatures of other States are completely excluded from making law for any state, on subjects of State List. And the States have no power to make laws on Union’s subjects. However, the Parliament is given powers to make laws on state subjects only when Rajya Sabha by 2/3 majority resolves that it is necessary in national interest (249(1), under Emergency proclamation (Art 250), with the consent of states (Art 252), and to give effect to treaties and international agreements (Art 253). The farm bills do not fall under any of these clauses.

The concurrent list, which is not found in any federal constitution in world, itself is intended to reduce the rigidity of exclusive powers of Centre and states. The Constitution 101st Amendment Act 2016, added 246A to empower Centre to make GST law covering the states also. It is against the fiscal federalism of the nation. Nation is witnessing consequences as state finances dwindled because of mounting dues and the Centre permits them to take loans.

The State Government’s powers have been reduced to lower than a contract between a firm and farmer. The State Act becomes irrelevant not just before the Central law but under a contract for farming. The State Agriculture Market lawswere primarily intended to support and protect the farmers realizing their weaker positions in the manipulative commercial market.THE FARMERS (EMPOWERMENT AND PROTECTION)AGREEMENT ON PRICE ASSURANCE ANDFARM SERVICES ACT, 2020, Section 7 completely takes away protective umbrella over the farmers produce provided by the State Acts.  It says:

7. (1) Where a farming agreement has been entered into in respect of any farming produce under this Act, such produce shall be exempt from the application of any State Act, by whatever name called, established for the purpose of regulation of sale and purchase of such farming produce.

The statement that these farm agreements are exempted from State Acts manes the Central ActmadeAgreements to override State Laws.

The conflict between a Central Law and a State Law, both within their respective fields, can be resolved only under Article 246 (Plenary legislative powers of Parliament and States on respective Lists and common powers on Concurrent List) and not under the Article 254 (Inconsistency between laws made by Parliament and laws made by the Legislatures of States). The judiciary evolved several principles of interpretation to decide repugnancy. But they became irrelevant with this new conflict.

All aspects of agriculture and APMC Act of states fall under Entry 14, 18 & 28 list II, i.e., exclusive State list of Seventh Schedule. The text of these three entries:

“14. Agriculture, including agricultural education and research, protection against pests and prevention of plant diseases”.

18. Land, that is to say, rights in or over land, land tenures including the relation of landlord and tenant, and the collection of rents; transfer and alienation of agricultural land; land improvement and agricultural loans; colonization.

‘Agriculture” in entry 14 includes all aspects of agriculture in its wide scope such as land, the agricultural operations, seeds etc., as well as the produce and 28 categorically includes Markets and Fairs”.

The APMC laws define “farm produces” as “produce of Agriculture”. To understand the difference between manufacturing and products it is relevant to see expression ‘industry’ in Entry 24 List II, which only covers manufacturing but not its product. Similarly, under Entry 26 & 27, trade and commerce, supply and distribution are separately specified. In contrast, unlike “industry”, the Entry 14 ‘agriculture’ is comprehensive and includes the agricultural produce. However, the sale and purchase of agricultural produce will squarely fall under Entry 28 list II – “markets and fairs”. This Entry 28 is not subject to any other Entry of the Concurrent List or the Union List. The states draw all independent and plenary legislative power.

Constitutional provision says that ‘Entry 26 and 27 of list I are subject to entry 33 of list III which contains foodstuff’ on which Union can also legislate.

Entry 33. Trade and commerce in, and the production, supply and distribution of, — (a) the products of any industry where the control of such industry by the Union is declared by Parliament by law to be expedient in the public interest, and imported goods of the same kind as such products; (b) foodstuffs, including edible oilseeds and oils; (c) cattle fodder, including oilcakes and other concentrates; (d) raw cotton, whether ginned or unginned, and cotton seed; and (e) raw jute.

The changes in Entry 33 is a history. Regarding agriculture and farm produce, Constitution makers thought to give powers to Centre also to make laws, by introducing a five-year temporary provision throughArticle 369 to meet abnormal situation in food position.Centre wanted to make this shift permanent through Constitution (Third Amendment) Act, 1954, Shifting some subjects of List II to List III like this will deprive the exclusive power of states and giving concurrent powers to Centre, which ultimately means, Centre taking over completely. Eminent Members of Parliament opposed it in Joint Committee and added a dissent to final report, saying this “makes state’s autonomy illusory and State powers and rights would be progressively pulverised…”. They also warned against conversion of Constitution into unitary from ‘federal’. (This dissent in joint committee report is provided by R. Ramakumar, Professor, Tata Institute of Social Sciences, Mumbai, see, https://www.thehindu.com/opinion/lead/farm-acts-unwanted-constitutional-adventurism/article32776232.ece) Yet the then Government amended, ignoring the dissent. Those apprehensions became true now under NDA regime.

The Supreme Court thoroughly examined the issue of Centre passing law on exclusive state subject, exactly on APMC issue long back. The Centre passed the Tobacco Board Act, 1971, to regulate tobacco industry depriving the states of such power. The Bihar Act rightly listed tobacco as Agriculture produce and APTMCMonghyrlevied market fee of Rs.35,87,072/- on ITC Ltd, which has challenged it. Similar challenges came from several states. The Constitution Benchof CJI G B Pattanaik, YK Sabharwal, Ruma Pall, Brijesh Kumar, in ITC vs APMC & others, held: “The State legislatures are competent to enact legislation providing for the levy and collection of a market fee on the sale of tobacco in a market area. Consequently, the Market Acts enacted by the States are valid. The State legislations and the Tobacco Board Act, 1975, to the extent that they relate to the sale of tobacco in market areas, cannot co-exist and the former prevail over the latter”.  (https://indiankanoon.org/doc/1783658/). The centre’s Tobacco Board Act was ultra vires.  The full bench explained:

“An absolute or watertight compartmentalization of heads of subject for legislation may not be possible but at the same time entrenching into the field of another entry cannot mean its total sweeping off even though it may be in the exclusive List of heads of subjects for legislation by the other Legislature. As in the present case the relevant heads of subject in List II, other than entry 24, cannot be made to practically disappear from List II and assumed to have crossed over in totality to List I by virtue of declaration of Tobacco Industry under entry 52 of List I, in the guise of touching or entrenching upon the subjects of the list II”.

The expression ‘food stuff’ in entry 33 of List III cannot include ‘farm produce’. Present farm laws cannot be founded on this entry.  Union regulating agricultural produce as “foodstuff” will contradict and conflict with the legislative power of States derived from Entries 14, 18 & 28 of List II. If the Centre has assumed to have power to legislate on ‘foodstuff’, still the state law on that subject will prevail and not the central law. Because the States also can make concurrently make law which is protected by Article 254(2).

Explaining the effect of Article 254(2), the Supreme Court said in Hoechst Pharm Ltd. v. State of Bihar, (AIR 1983 SC 1019, https://indiankanoon.org/doc/703764/) that the result of obtaining the assent of the President in respect to a state Act though inconsistent with a previous union law relating to a concurrent subject would be that the state law would prevail in that state and it would override the provisions of the Central Act in that State only.