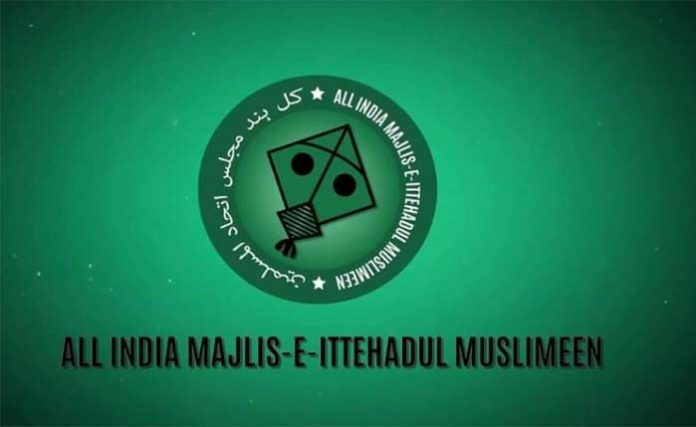 The United States of America’s premier intelligence agency,  the Central Intelligence Agency,  is considered as one of the top most  intelligence agencies in the world. It made a shockingly accurate analysis of All India Majlis-e-Ittehadul Muslimeen’s political strategy to survive in Hyderabad and its inherent hypocrisies.

As part of Wikileak’s leaks of US Diplomatic Cable Leaks, a cable dated  May 2009, titled Bharat Ballot 09: Understanding Andhra Pradesh: The MIM. A memo prepared by the agents of the Central Intelligence Agency (CIA) says the following about MIM:

“In this Congress stronghold state, MIM survives partially through a tacit agreement with the ruling party. Congress consistently runs weak candidates against the MIM, and in return the five-strong MIM delegation in the state assembly supports the Congress.“

The Memo briefly yet clearly paints a picture that MIM survives through a “Tacit” agreement with the Congress, with Congress deliberately fielding weak candidates against it. The word Tacit plays a key role here. A silent agreement with the party in a ruling position is what kept MIM alive essentially back in 2009.

We see the same strategy continuing till this day. The only difference being between 2009 and 2020 is the fact that now the Congress has been replaced by the TRS with Telangana becoming a TRS stronghold state. And the tacit agreement taking place with the TRS. Only now the tacit agreement is both ways, with Muslim voters being directly commanded to vote for a stronger candidate of the ruling party and vice versa as reported in a previous news story in sakalam.in with reference to Banjara Hills division.  The discreet agreements have evolved over time. But the essence remains the same. MIM has a long history of playing the same game to stay in power. With their expansion across the nation a reality now, a key question indeed pops up. Is MIM pulling off the same strategy or will it pull off the same strategy of tacit agreement for its survival as a religious party in a secular democracy?

What does the leak say?

The CIA cable leak further writes about a weird dialectic:

“The MIM continues to emphasize its role as spokesman for India’s Muslims in Parliament, where, in the party’s view, the Bharatiya Janata Party (BJP) represents the greatest long-term threat to the community. Making no secret of its disdain for the BJP’s Hindu-nationalist ideology and with no apparent concern for hypocrisy, the MIM presents itself to its Old City Muslim supporters as a secular antagonist to the BJP. It is a widely held view that this MIM stand against Hindu nationalism is an important factor behind the party’s continued strength in this small pocket of Andhra Pradesh. “

MIM as antagonist of BJP

Note the use of the word ‘hypocrisy.’ The cable leak simply asserts that MIM presents itself as an antagonist to the BJP with no concern for how hypocrite as a party itself is. The stand against BJP for MIM was a key reason for its continued strength in Andhra Pradesh back in 2009. We see the same trend now being replicated across the nation by MIM. Its continued opposition to BJP is what fetched it an amazing stronghold in the recent Bihar polls, and a smashing entry into the scene of national politics by contesting in local body polls in Maharashtra in 2012.

Everywhere the strategy of MIM remains the same. Present itself as an alternative to the BJP and Hindu nationalism. While the party itself paints a picture of Muslim extremism, by making suggestive speeches (Not only its premier star Akbaruddin’s  famous speech of Seven Minutes, but also his multiple speeches where he insults Hindu Gods and makes open threats of violence against the Hindu community).

Using hypocrisy to its own benefit

The strategy of hypocrisy and its survival through using the hypocrisy to its own benefit remains the same. MIM also uses the same strategy in the state of Telangana with a tacit agreement to stay in power.  In a divine ironic twist of fate, MIM actually ended up helping divide the Muslim vote and lead to the victory of the BJP.

Which begs the most important question we must ask when me analyse the MIM.

Without the existence of BJP and Hindu nationalism there is no MIM. Without discreet agreements there is no MIM. Thus, what is the role and purpose of MIM itself as a political party which survives and thrives on religious divides in a secular democracy? The same secularism Asaduddin  Owaisi promotes yet hypocritically ignores! Isn’t MIM part of the same hypocrisy of religious sectarianism that Owaisi vehemently claims to fight against?

https://search.wikileaks.org/plusd/cables/09HYDERABAD47_a.html (THE US DIPLOMATIC CABLE SENT TO THE CIA)