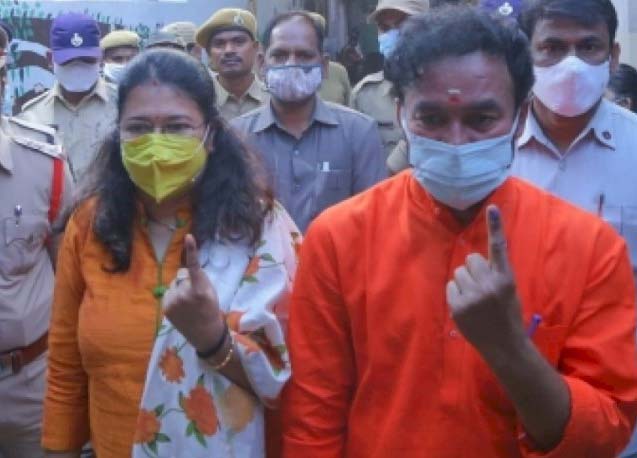 Hyderabad: Union Minister of State for Home Affairs G. Kishan Reddy said in a press conference that the TRS should be ashamed of less percentage of voting in the GHMC elections on Monday. He alleged that the government made use of the Election Commission for its selfish interests. Kishan Reddy said the ruling party in  the State has decided that no party should win elections even though it lost, that the reason for the tearing hurry in conducting the polls, he said. The intellectuals of the city should think who is responsible for decline in the polling, he said. The ruling party leaders created false impressions  with a plan to discourage voting, he alleged.

Kishan Reddy alleged that the government and the Election Commission have colluded to rig the elections. Even in Jammu & Kashmir where elections were held in the shadow of a gun, the polling percentage was 54, said the union minister. The BJP workers had fought extremely well during the elections, he complimented. The liquor was supplied under  the direct supervision of ministers, he charged. Police officials have behaved like touts of the government. No elections were held so far without involving teachers, this is the first election conducted without the role of the teachers, Kishan Reddy criticised. Going for ballot papers instead of EVMs is a retrograde step, he flayed.