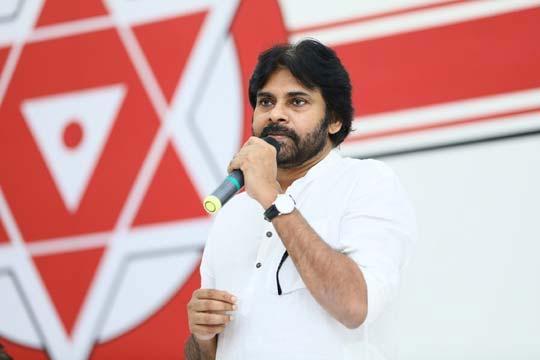 Amaravati: Jana Sena chief Pawan Kalyan will tour flood affected areas in Rayalaseema on Dec 2nd as per sources. Recently cyclone Nivar showed its impact on farmers creating huge loss to them. The actor-turned-politician will visit Kadapa, Chittoor, Ananthapur and Nellore districts to review the loss of crops.

The timing of the visit raised eyebrows in political parties.  In few months, the bypoll of Tiruapthi will take place and Jana Sena is keen on contesting in the election. Pawan’s tour at this time has become a talking point among his cadre. Though there was no official confirmation regardomg contesting  by Jana Sena, his party leaders strongly believe that their candidate will be fielded by persuading the  BJP.

Recently Pawan visited Delhi and met BJP’s central leaders and ministers and expressed his party’s interest in Tirupathi. Exact outcome  of the discussion was  not known but Pawan came out with a statement that they will form a joint committee and discuss about contesting and the future plans of Jana Sena.

Jana Sena cadre are angry with the BJP for making their leader sit silent during GHMC elections. There were speculations till the end that jana Sena will contest in GHMC elections and he will do campaign for both Jana Sena and BJP. At the end nothing was seen as expected by party leaders and cadre. They are now in a dilemma on whether to  continue to be in alliance with the  BJP or to go it alone in AP. If the same stand of BJP continues and if Jana Sena would not be allowed to contest in Tirupathi bypoll, future of party is questionable, Jana Sena cadre expressed anguish.

Jana Sena leaders had  planned  to contest at least for 15 seats in GHMC elections. Leaders from Secunderabad, Khairatabad, Ameerpet were ready to file nomination, but after coming to know that their leader dropped from competing, their depression and anguish can’t be expressed.