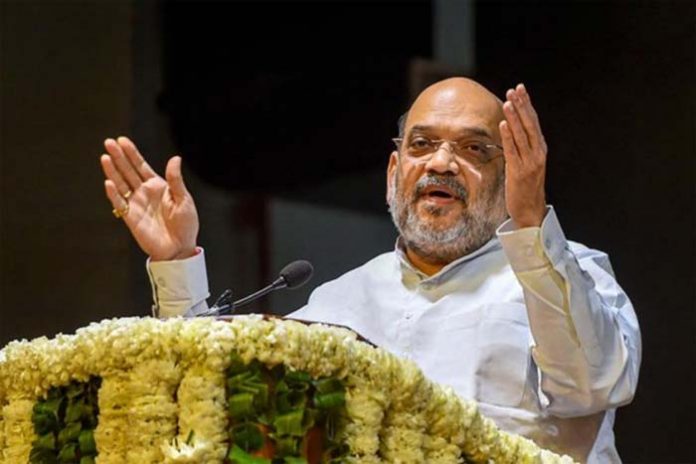 Chennai: Union Minister of Home and BJP’s senior leader Amit Shah was given a grand welcome here on Friday afternoon. He departed from the scheduled and walked on the bury road outside the airport and greeted the people. Earlier he landed here on a two day visit. The BJP-AIADMK relations have undergone a change. The allies are not very happy with each other.

The timing of Shah’s visit raised eyebrows as the state is due for Assembly polls in a few months from now. BJP’s party cadre feels that Shah’s visit will enthuse them to gain momentum, but there might be political turmoil in the State which may lead to the formation of  third front in the state excluding AIADMK and DMK. It will be known in coming few days.

As a preparation  to this, BJP started ‘Vetri VelYatra’ which was denied permission by government but party’s TN unit chief Murugan felt that Shah’s visit is creating fear among opposition parties and surely the BJP will be the front runner for 2021 assembly elections.

Though TNBJP in-charge Ravi made it clear that Shah will not meet Rajinikanth and late karunanidhi’s son Alagiri, reliable sources conclude that senior BJP leader will have a word at least through phone with film Star Rajinikanth and leaders of PMK, DMDK, and MDMK parties about the relationship  with them in upcoming assembly elections. Rajinikanth is in touch with actor-turned-politician Kamal Hasaan and both might join hands for next elections as part of the third front.

Amit Shah will start his visit by paying tributes to icons and Ex-CM’s late MG.Ramachandran and J.Jayalalitha. After this, he will lay foundation for various projects, followed by a meeting  with BJP leaders and district presidents of the party to chalk out poll strategies.

Main opposition party DMK which was out of power since 2011 is trying to win the elections due early next year with the help of poll strategist Prashant Kishor.