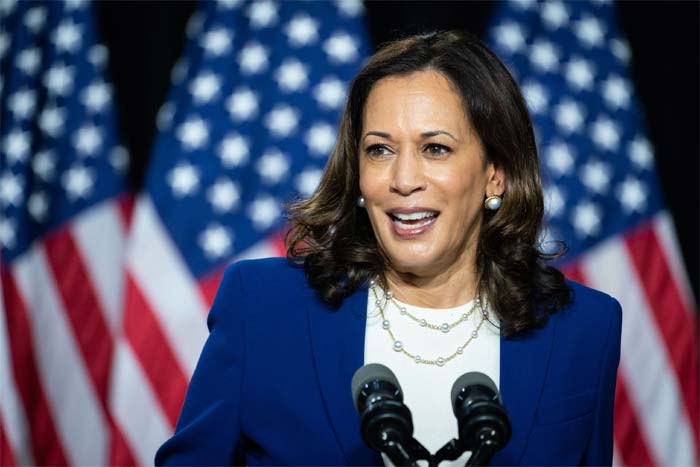 Delhi: Congress leader in Lok Sabha, Adhir Chowdhury, felt that Indian government should prepare to welcome ‘kamala Harris’, Vice Presidential candidate for US, who is going to lead the oldest democracy of the world, if elected.

Chowdhury came up with a tweet which reads “Bharath ki beti Kamala Harris is destined to lead the oldest Democracy in the world, US, as Vice president and a probable President of that great country in future”.

He further tweeted saying, ”The Government of India should prepare itself for according a warm, grand and tumultuous welcome in honor of her. As an Indian, we all are proud of her and hats off Kamala Harris”

Kamala Harris was born in 1964 at California is an American politician and served as Junior American Senator from California from 2017.

She was born to Jamaican father Donald Harris and Indian mother Shyamala Gopalan. Her mother is a leading cancer researcher and activist.

Meanwhile, for her grand victory, special poojas were performed at her grandfather’s village, Painganadu of Thiravavur district. Harris, along with her sister Maya and mother Shyamalan, often used to visit Chennai to spend time with their grandparents who are staying in Besant Nagar

As per the latest reports from US, it looks as though Joe Biden will take over the presidential post from Donald trump in a few days.