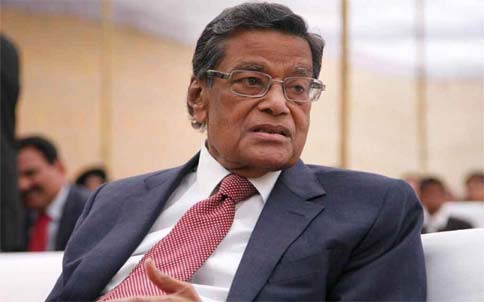 New Delhi: Attorney General of India K.K. Venugopal has  refused  consent For criminal contempt plea against AP Chief Minister Jagan Mohan Reddy  But he  termed CM’s letter to the Chief Justice of India complaining against Justice N.V. Ramana as “prima facie contumacious. I do not want to deal with it as Chief Justice of India (CJI) is seized of the issue,” said the AG.

It may be recalled that Andhra Pradesh Chief Minister Y.S. Jagan Mohan Reddy had written a letter to the CJI on October 6 complaining against Supreme Court Justice N.V. Ramana, AP High Court Chief Justice Jitendra Kumar Maheswari and some other  judges of the HC. The CM also got the letter and the enclosures released to the media by his principal advisor Ajeya Kallam on October 10, within four days of writing the letter to the CJI.

Merrian-Webster Dictionary says ‘contumacious’ means stubbornly perverse or rebellious, wilfully and obstinately disobedient. Ashwin Kumar Upadhyay, a BJP leader and an advocate,  had written to the AGI K. K. Venugopal requesting for his consent to initiate proceedings under the Contempt of the Supreme Court of India. In reply to Ashwin’s letter, the AGI said writing the letter was ‘prima facie contumacious.’ In his letter, Venugopal said, “The timing of the letter itself was suspect, in the background of the order passed by Justice Ramana dated 16.09.2020 directing pending prosecutions of elected representatives to be taken up and disposed of expeditiously. As you yourself have pointed out there are 31 criminal cases pending against the chief minister.” However, since the issue is before the chief justice of India, the advocate general had refused his consent to proceed against the CM.