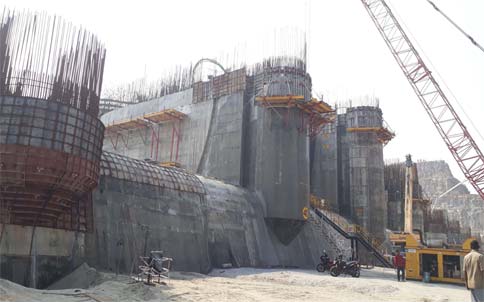 Amaravati: Recent statement by central government on Polavaram project created concern about the time of completion of the project. Centre recently stated that it will not involve in the major component of the project related to land acquisition and resettlement which is against the State Reorganisation Act, 2014. AP CM Y.S. Jagan Mohan Reddy repeatedly said there was large scale corruption in the construction of the project but did not have objection to hand it back  to the Centre if it could complete in a timeframe. Jagan Mohan Reddy strongly believes Polavaram project is a heart of AP people which was started during his father’s period. Jagan Mohan Reddy came up with reverse tendering to reduce the cost of the project which worked,  but now the main question arises about the role of the Centre in this project which was taken up as ‘National Project’.

During 2014, an alliance government was in place in AP, with both TDP and BJP sharing the power. All decisions were taken jointly and if any  decisions were taken  by the TDP alone, the Central government never questioned about the decisions. If we look at projects like ‘Pattiseema lift irrigation Project’ and ‘Puroshathapatnam lift irrigation Project’, they were funded to the tune of Rs. 3,600 crore by the State government.

But there were doubts whether TDP govt. had  got approval from central finance ministry and environmental ministry to go ahead with these projects. These two projects were shown as a part of Polavaram and the funds released for the main project might have been diverted to the two projects taken up by the State government.

Now the recent statement of the Centre about the cost of Polavaram project that the State government has to bear the major part of the cost was surprising.  If the project is handed over to the centre it may further delay the completion. There were many violations that come under PESA and FRA occurred during Chandrababu Naidu’s  time.  His promise to Adivasis on the equivalent land for those who lost due to project also was a  violation which should be examined.

Why should state bear Rs. 33000 crores as rehabilitation for displaced people, as it is the bounden duty of centre? The Centre has to explain to the people of Andhra Pradesh why it had taken a decision to escape from its responsibility of funding the national project, Polavaram. It is the lifeline of Andhras and has been kept pending by various government eversince T. Anjaiah laid the foundation stone in early 1980s.