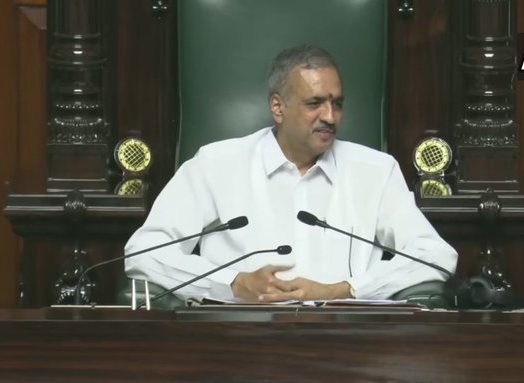 Deputy Speaker Krishna Reddy proposed the name of Kageri and tabled the motion in the Assembly today. The proposal was unanimously adopted through voice vote.

Earlier, Kageri was accompanied by Chief Minister B S Yediyurappa and other senior party leaders during filing of nomination.

The post had fallen vacant after the resignation of Speaker Ramesh Kumar, who resigned soon after the new Chief Minister BS Yediyurappa won a trust vote on Monday.

Born in Sirsi on July 10, 1961, began his political career with the Akhil Bharatiya Vidyarthi Parishad. He was elected to the Assembly for the first time from the Ankola constituency in 1994.

Last week, the 14-month-old coalition of the Congress and Janata Dal-Secular fell after the resignation of 16 lawmakers brought down the majority mark in the house to 105, the current strength of the BJP in the assembly. The Congress-JDS alliance managed only 99 votes.