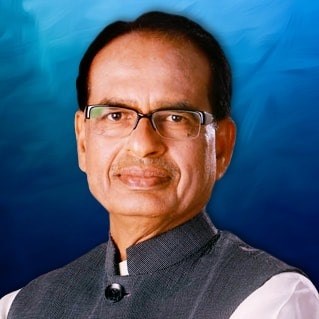 Holding the Congress responsible for the fall of the Karnataka government, Bharatiya Janata Party (BJP) Vice President Shivraj Singh Chouhan said on Wednesday that corruption and infighting could lead to the fall of the Kamal Nath-led dispensation in Madhya Pradesh, though the saffron party was “not interested” in toppling the regime.

The former Madhya Pradesh Chief Minister said that his party didn’t opt to stake claim to form the government in Madhya Pradesh after last year’s Assembly polls despite several parties and Independents offering their support.

“Although we (BJP) had a higher vote share, neither us nor them (Congress) could reach the majority mark. Some smaller parties and Independents had made it clear to us that they were ready to back a BJP government, but I had then said that the Congress should be given the first opportunity to try and form a government,” Chouhan told media persons here.

“Since the Kamal Nath ministry was formed, we have categorically said time and again that we are not interested in toppling it. But the infighting and corruption in the state government could lead to its downfall. And we cannot take responsibility for that,” he said.

Attacking the Congress for not respecting the coalition dharma, Chouhan said the BJP was not at all involved in the fall of the Congress-JD(S) government in Karnataka.

“Congress is responsible for the fall of the coalition government in Karnataka. We (BJP) had no role in it. If you study Congress’ history, you will find that they have never in the past respected the coalition dharma,” Chouhan said.

He also said that stern action would be taken notwithstanding any party leader’s stature in connection with the Unnao rape case and pointed out that the BJP MLA Kuldeep Singh Sengar, the prime accused in the case, has already been placed under suspension by the party and is in custody.

“We would never tolerate such unethical, immoral and criminal activities in our party. Stern action will be taken, irrespective of the person and his stature,” he said.

The Central Bureau of Investigation (CBI) has charged BJP legislator Sengar and nine others in connection with the truck-car collision in Uttar Pradesh’s Rae Bareli on July 28 which left the teenage girl, who alleged that Sengar had raped her in 2017, gravely injured besides killing two of her relatives.

Praising his party functionaries in West Bengal, Chouhan said that they were fighting the second struggle for independence.