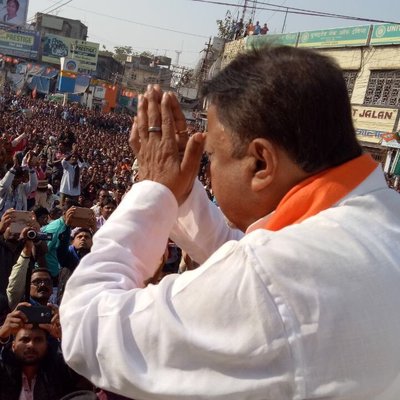 A city court has issued an arrest warrant against BJP leader Mukul Roy in connection with a case of seizure of uncounted cash of Rs 80 lakh from a person last year.

The Additional Chief Metropolitan Magistrate of Bankshal court issued the warrant on Monday and directed the office-in-charge of Burrabazar police station to implement it within a month, that is by August 29.

The next hearing is on August 29

Kalyan Raja was nabbed late last year from the Burrabaar area after he failed to give any documentation to explain why he was carrying cash of Rs 80 lakh.

According to the police, Roy’s name emerged during Raja’s interrogation.

The police sent multiple notices to Roy, asking him to appear as a witness, but Roy insisted on the police quizzing him in Delhi.

When informed of the development by the police, the Bank shall court judge used summons against Roy.

However, he petitioned the Delhi High Court challenging the notice.

On July 8 fresh summons were issued to Roy by the police, saying they would interrogate him on July 19 in Delhi.

Roy, however, asked the police to come to his Delhi residence at 10 a.m. on July 30.

Apprised of the development, the court said just because he has filed the petition, that does not mean he won’t have to appear before the court. The judge then issued the arrest warrant.