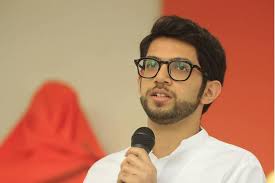 The development has been a huge concern for NCP as the Assembly elections in the state are just months away. Moreover, Ahir, who was the former MLA from Worli, had been Sena’s principle opponent from the seat.

Reportedly, Sena’s move was likely prompted by the party’s need to look for a safe seat for Yuva Sena President Aditya Thackeray who is currently on a statewide Jan Ashirwad Yatra.

As of now, Sena's Sunil Shinde is the sitting MLA from Worli, which happens to be the core of Mumbai’s lower-middle-class Marathi population. In the last election, Ahir had defeated Shiv Sena from the constituency.

However, an official confirmation is yet to arrive. According to speculations, another senior NCP leader Chhagan Bhujbal may also shift before the Assembly elections.

Yuva Sena leader Aaditya Thackeray began his Jan Ashirwad Yatra in Jalgaon, with leaders of the Shiv Sena projecting him as the party’s candidate for Chief Minister in the upcoming assembly elections due in October

Shiv Sena has claimed that Thackeray is undertaking the Yatra to thank the people who voted for the Shiv Sena in the Lok Sabha elections, and to seek their blessings. He also hopes to win over those who did not vote for the Sena in the Parliament polls.

According to sources, the 29-year-old is being pushed by the Shiv Sena as its nominee for deputy CM's chair. The speculations started after Aditya's meeting with Maharashtra CM Devendra Fadnavis. Another name being suggested for this chair is that of senior Shiv Sena leader and current state cabinet minister Eknath Shinde.