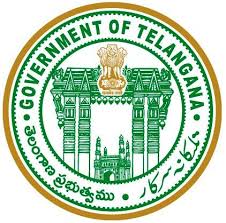 State ministers, MLAs and others attended the distribution of orders concerning the hike in pensions at various places in Telangana.

"Our Chief Minister KCR (K Chandrasekhar Rao) is like your elder son or elder brother to support you.

The Telangana government is the only one in India to spend Rs 12,000 crore, that is Rs 1,000 crore every month, only on pensions," TRS working president and MLA KT Rama Rao said at an event at Sircilla.

The government had on July 17 decided to double the social security pension to various sections of society, fulfilling an electoral promise of the ruling TRS.

The decision would cost the exchequer Rs 12,000 crore annually, of which the state would bear Rs 11,800 crore and the centre, Rs 200 crore, an official release had said.

The Rs 1,000 pension being given to senior citizens, widows, single women, those suffering from AIDS and others has been raised to Rs 2,016, it said.

The pension amount of Rs 1,500 given to 'Divyangas' and artists who are senior citizens has been raised to Rs 3,016.

The increased pension amount is deposited in the bank accounts of beneficiaries.