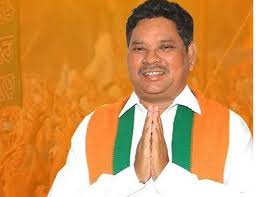 Adilabad MP Soyam Bapurao asked tribals to attack Forest officials with sticks and pluck out saplings if the authorities were found to take up plantations in Podu lands in the name of Haritha Haram.

He made these remarks during a meeting organised to mark the first death anniversary of tribal leader Sidam Shambu in Mattadiguda village in Utnoor Mandal on Saturday.

Speaking about tribals' rights, he said: "We will not keep quiet if you touch our lands in the name of Haritha Haram. Attack those authorities if they set foot on your podu lands. Pluck the saplings out if they try to plant anything in your lands," he told to a cheering crowd.

Recently, Forest department officials were attacked with sticks in Sirpur-Khagaznagar when they try to plant saplings in 20 hectares of land in Sarpala village in Khagaznagar forest area. The issue of Podu lands has become a knotty issue for the State government with tribals claiming ownership rights over podu lands while the government maintains that the lands fall under the ambit of Forest department