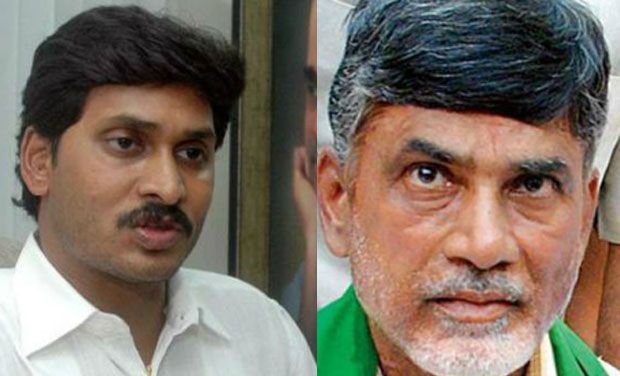 The second day of the sr saw a continued verbal spat between the ruling YSR Congress Party (YSRCP) and the main opposition Telugu Desam Party (TDP) which began on 11th July.

The matter of implementing zero-interest loans continued from the previous day. State Chief Minister (CM), Y. S. Jagan Mohan Reddy claimed that the previous TDP-led government had failed to implement it fully, having paid just 5% of the amount it had to banks.
On the other hand, Naidu too stated statistics from different documents to deny the allegations by Reddy that the previous government did not implement the zero per cent interest scheme.
As Reddy dared Naidu to resign and leave the House for failing to give even a penny to the farmers, Naidu responded by providing the statistics. "Will you resign now or apologise to people?" he asked Reddy which evoked a protest from treasury benches.
Naidu's remark came after Reddy presented the data before the house to show how the TDP, led by Chandrababu Naidu, had paid just Rs.630 crore to banks instead of the Rs.11,595 crore.
“It accounts for just 5%, and 95% of the farmers did not get the benefits," he said adding that the TDP has been resorting to false claims on the issue.
The discussion took place after the assembly pushed aside question hour and took up the debate on zero-interest farm loans as suggested by Reddy. Since the budget session began on Thursday, Reddy has been on the offensive against Naidu as he questioned various works undertaken during his tenure as the CM.
He also called out at Naidu for allowing Telangana to build the Kaleswaram irrigation project by diverting 3 trillion million cubic feet of water from the Godavari river.
When TDP leader Atchan Naidu tried to intervene, Reddy asked him to sit and taunted him saying, "The man is of this size, but the brain is not of that level. You don't know what to speak and what not to speak."
Speaker T. Seetharam also reprimanded the TDP members for repeatedly creating disruptions. YSR Congress Party (YSRCP) has 151 members in 175-member Assembly. The TDP's strength is 23.
Finance minister Buganda Rajendranath Reddy, who had delivered his maiden budget speech, promised that the government will achieve special category status for AP, implement the monorail project in Visakhapatnam, provide piped water to every village and household, ensure pollution control and environment protection, etc among other things.
He too called out at the previous government in his speech saying, “Despite the huge investments claimed to be made in the last five years by the previous government, we witness severe farm distress, lack of jobs for the youth, poor infrastructure, inadequate assistance for the poor, etc. This exhibits that the actions taken by the previous government did not address the genuine needs of the state."
He also added that there was a glaring disconnect between the “hype and ground reality", as the state did not grow as claimed previously. “We were told that over the past five years, the economy grew in double digits." He then said that they're still making sure of the growth figure's authenticity.
The finance minister then went on to explain how the current state government is intending to construct 25 lakh houses under the ‘YSR Housing Scheme’ in five years starting from 2020. He also informed the house that work has begun to identify appropriate land parcels and, if required, private land also will be taken. “The previous government, in the last five years, could complete only 91,119 houses in urban areas and 7,04,916 houses in rural areas," he added.