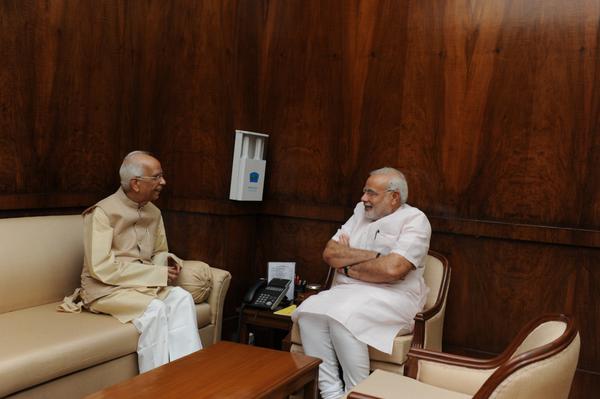 On the possibility of imposition of President's rule in West Bengal, the Governor said, there was no such discussion during his meetings.

Mr Tripathi met the Prime Minister and the Home Minister for the first time after the Lok Sabha elections.

The Governor's visit to the national capital came after the Centre yesterday expressed deep concern over continuing violence in the state following the conclusion of General Elections.

Post-poll violence has claimed nearly a dozen life so far in West Bengal.