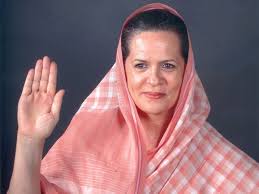 Weeks after the result of Lok Sabha elections, UPA chairperson, Sonia Gandhi will visit her constituency Rae Bareli on Wednesday to thank her voters for re-electing her with a huge margin. She will be accompanied by Congress general secretary and her daughter Priyanka Gandhi Vadra.

Rae Bareli happens to be the only seat that the Congress won in Uttar Pradesh in the 2019 general elections.

During her visit, Gandhi is scheduled to review the party’s dismal performance in polls and in addition, strategize the course for the upcoming 2022 state assembly elections in Uttar Pradesh.

Priyanka Gandhi will reach Raebareli on the evening of June 11th and will stay for till June 12th, when Sonia Gandhi is expected to arrive. Both are excepted to personally meet and thank the booth level workers of the Congress party and the voters of Rae Bareli who helped them retain its bastion.

An important meeting has been scheduled on 12th June, in which everyone from the regional coordinators to the district chief has been called.

Congress Spokesperson Anshu Awasthi said that the party’s poor performance will be evaluated and all the key Congress post holders of UPCC have been called in to ascertain the reason behind the poll debacle.