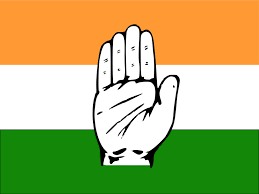 After its terrible defeat in the LokSabha elections, the Congress got a surprising victory with 562 seats in Karnataka's 63 urban local bodies while it defeated the BJP which got 406 seats followed by the Janata Dal-Secular (JD-S) with 202.

Although the elections to the 63 urban local bodies in 22 of the 30 districts were held on May 29th, the results of Bengaluru Rural and Shivamoga districts were withheld on May 31st due to a court stay on declaration of the outcome.

A single-judge Bench had stayed vote count on May 30th in the two districts after a slew of petitions against the reservation criteria which was laid down by the state government for the two top posts (President and Vice-President) and delimitation of wards.

"As we have a constitutional duty to conduct free and fair elections by the stipulated day before the terms of the urban local bodies lapse, the high court upheld our plea as we cannot delay the results further," Srinivasachari said.

The poll reverses in the urban local bodies for the BJP had come 10 days after it won 25 of the 28 Lok Sabha seats in the general elections.