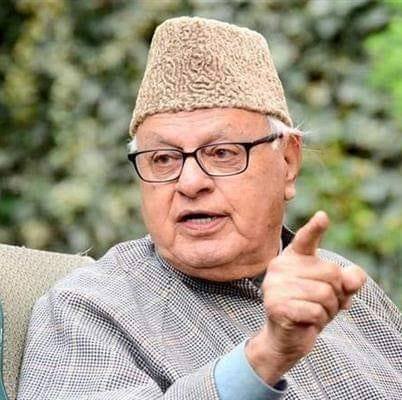 President of National Conference Farooq Abdullah said that even if the mandate of Narendra Modi is not powerful,  Article 370 and 35A cannot be removed.

Talking to reporters here, he said, 'No matter how powerful Prime Minister Narendra Modi is, after winning the Lok Sabha election, it does not matter. He cannot remove Article 370 and 35 A from the state of Jammu and Kashmir.'

On the poor performance of the Congress in the general elections, Abdullah said that Congress President Rahul Gandhi would return with a victory in Amethi five years later. He said, 'You win and lose in an election, it is a part of the voting process'.

INC leaders and activists are organizing a function to celebrate victory over Srinagar Lok Sabha seat and welcome the party chief.