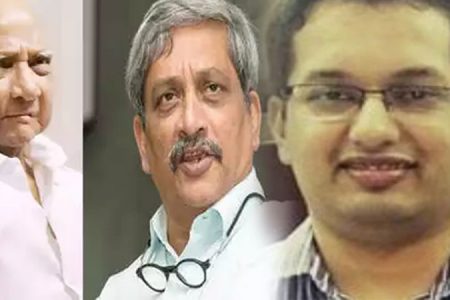 Former Defence Minister and Goa Chief Minister, Late Mr Manohar Parrikar's son Utpal called NCP chief Sharad Pawar's remark insensitive that the late leader relinquished his post at the Centre and returned to Goa because he did not agree with the Rafale fighter jet deal.

In a statement issued on Monday in Panaji, Utpal said that the Parrikar family was saddened to read Pawar's remarks.

"This is yet another unfortunate and insensitive attempt to invoke my father's name to push blatant falsehood for political gains," he said.

The reaction comes after Pawar told reporters in Kolhapur on Saturday that the Rafale deal was not acceptable to Parrikar and he, therefore, quit as Defence minister and returned to Goa."

Parrikar, who took over as defence minister in November 2014, became the Chief Minister of Goa on 14th March 2017. He died on 17th March 2019 after a long battle with pancreatic cancer.