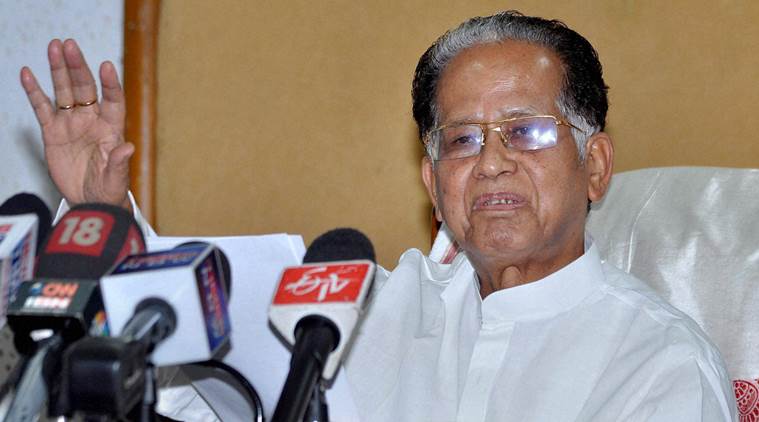 Senior Congress leader Tarun Gogoi announced on Monday that his party will seek support from all organizations and social groups who are opposed to the controversial Citizenship (Amendment) Bill in the upcoming Lok Sabha elections.

The former Assam CM claimed that Meghalaya-based National People's Party was fighting for most of the seats in Assam and North East alleging that it is aimed at helping the BJP.

At a press conference, Gogoi made the announcement adding that they will "welcome the support from All Assam Students Union, Asom Jatiyatabadi Yuba Chatra Parishad, Krishak Mukti Sangram Samiti and others for the interest of Assam and its people.

He claimed that the party wants all anti-BJP and anti-Bill forces to unite to defeat the present regime at the Centre. He claimed that it was because of the Congress party, the Central government could not introduce the bill in Rajya Sabha. He assured that once in power, his party will never pass the bill.

He claimed that on the contrary, BJP president Amit Shah said in a rally in Assam that they will bring the Citizenship Bill again if voted to power.

Questioning Meghalaya CM Conrad Sangma-led NPP's role, Gogoi said that Conrad's stand is not clear as he was against the bill, but he is still in NEDA despite BJP saying that the bill will be brought again concluding that Conrad has made a U-turn.

Regarding Asom Gana Parishad's (AGP) return to NDA after a break of two months over the bill, Gogoi claimed that the popularity of the regional party is decreasing meanwhile all such regional forces across the country are getting stronger.

"The AGP is an anti-Assam, power hungry and corrupt. The AGP-BJP alliance means that none of them are confident of winning alone in the state," he added.

Gogoi was confident that Congress will win at least 10 out of the 14 Lok Sabha seats in Assam.

Back in 2014, BJP won seven out of 14 Lok Sabha seats in Assam while Congress and the AIUDF had three MPs each and one member was an Independent.