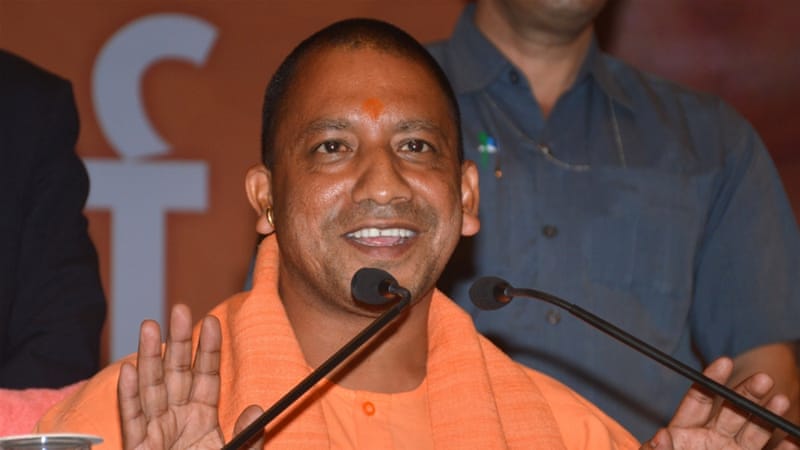 With the Lok Sabha elections coming up, parties are indulging in the war of words across the internet and news. The BJP and Congress have been lashing out at each other over the issue of Balkot Airstrikes. Terming Congress’s response to terror as ‘soft approach’, UP CM Yogi Adityanath said that it gave biryani to terrorists, while BJP fed them with bullets and bombs while addressing a rally in Saharanpur.

“During Opposition’s time, terrorists would be fed biryani. We feed terrorists bullets and bombs,” he was quoted as saying by the Indian Express. A few days ago, Sam Pitroda’s interview with ANI went viral and received attacks from various BJP leaders including Amit Shah. Yogi also lashed out at him saying, "Sam has become a shame for the country.

Sam had said that entire Pakistan cannot be blamed for the action of the terrorists in the 26/11 or Pulwama attacks and also had asked for the proof of the air strikes as many international news channels had claimed that attack wasn’t successful unlike the Indian media claimed.

The UP chief minister then accused the BSP candidate from Saharanpur, Imran Masood, of speaking Jaish chief Masood Azhar’s language and called him his ‘son-in-law’. In 2014, Masood was arrested for making hate speeches against the then CM, Narendra Modi

“Azhar Masood’s son-in-law comes to Saharanpur and speaks his language. Should someone who speaks Masood’s language be allowed to win from Saharanpur?” Yogi rhetorically asked.

The UP CM also took a dig on Akhilesh Yadav and Mayawati, who have ended their long-time rivalry to take on the BJP.

"Those who are fighting just 37-38 seats, are dreaming of becoming Prime Minister. This is a dream that the people of UP will reject," he said, mockingly.