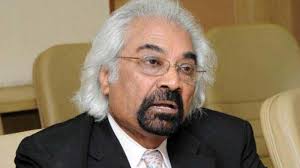 In an interview with ANI earlier on Friday, Pitroda questioned the death toll in the air strike by the Indian Air Force in Pakistan in retaliation to the Pulwama terror attack.

ANI posted the link of an excerpt of the interview on Twitter:

Sam Pitroda, Indian Overseas Congress Chief: Eight people(26/11 terrorists) come and do something, you don’t jump on entire nation(Pakistan).Naive to assume that just because some people came here&attacked, every citizen of that nation is to be blamed. I don’t believe in that way

Reacting to the remarks, PM Modi hit out at Pitroda by retweeting:

The most trusted advisor and guide of the Congress President have kick-started the Pakistan National Day celebrations on behalf of the Congress, ironically by demeaning India’s armed forces.
Shame!

"I just said as a citizen I'm entitled to know what happened. I don't understand what the controversy here is, I am baffled at the response. Shows how people react to trivial matters in India," Sam responded.

In a series of tweets, Sam expressed his annoyance:

I am surprised and literally shocked at the nationwide response and associated discussion, debate and dialogue on my ANI interview of 22nd March 2019. #TRUTH

I believe Indian media went to town in taking things out of context to misquote and misrepresent facts, message and meaning. I was not surprised at some of the modern Indian Media and their intent and approach. #TRUTH

In the process, I learned that even the @PMOIndia Prime Minister of India felt compelled to tweet along with some of his senior ministers on my TV interview. What they have said are twisted lies. #TRUTH

Sam also said that he was bombarded with a lot of questions from television reporters however, he also received a lot of compliments from people who urged him to express his opinions

BJP president Amit Shah and several other party leaders also lashed out at Pitroda for his comments in the interview.