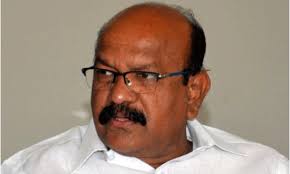 A few days ago, two former Congress leaders in Karnataka had joined the Bharatiya Janata Party. On Thursday, the saffron party included them in its list of candidates for 21 of 28 Lok Sabha seats in the state.

Umesh Jadhav (Gulbarga) and A Manju (Hassan) will be contesting the upcoming general elections in April.

Devendrappa will be contesting for the seat from the mining district of Ballari. B Sriramulu had won the seat in 2014 general elections however, the party lost the seat to Congress' VS Ugrappa in the 2018 by-election.

The candidates for Mandya and Bangalore Rural were amongst the seven yet to be announced candidates.