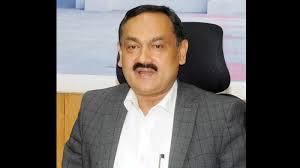 Earlier in 2019, reports were issued that Election Commission will be providing pick up and drop facilities for the disabled voters across the nation. Recently, new arrangements were made in Karnataka with over 35,000 wheelchairs, 52,000 magnifying glasses, and 2213 sign language interpreters being arranged.

Sanjiv Kumar, Karnataka’s Chief Electoral officer said on Wednesday, "Till February 28, we mapped 4,03,907 persons with disabilities (in Karnataka) and are arranging whatever they require for assistance. We have arranged 35,739 wheelchairs, over 52,000 magnifying glasses, over 2213 sign language interpreters and over 31000 assistants,"

Kumar also added that there will be a special queue for the voters with disabilities.

He further claimed that sturdy ramps are being arranged in all 58,180 booths in the state and the Election body will ensure that they are all on ground floors. He ensured assistance of all kind will be provided.

The State of Karnataka will vote to elect its Members of Parliament during the second and third phases of polling on April 18th and April 23rd, respectively.

Reportedly, the counting of votes will be taken place on May 23rd.