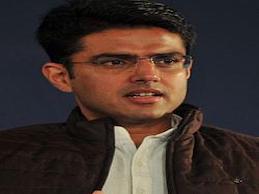 Rajasthan Congress Chief Sachin Pilot said on Tuesday that the party will contest all 25 Lok Sabha seats in the state in the upcoming elections.

He said that the selection of nominees is in the final stage and the scenario will be a lot clearer after the screening committee meeting on March 8 in New Delhi.

He added that the selection process will be done on the basis of feedback of party workers, hard work and their winnability. The party determined to find nominees other than the family members of leaders, sitting parliamentarians and legislators and those who lost elections in the past.

He further added that Congress has been contesting on all seats in the state and will do so this time as well to secure a win in the upcoming Lok Sabha elections.

The State Chief then took a dig at the Central government by saying that his party is contesting the election to defeat the forces that have weakened and hollowed democratic institutions in the past five years and thus considers it an important election for the party.

In the 2014 general elections, BJP had won all 25 seats in Rajasthan

Regarding the recent Air strikes, he called the event a matter of pride and not something to be raised the question on the valor of the security forces.

Also, referring to BJP leader BS Yeddyurappa's statement regarding politicizing the situation, Pilot said, “It is not appropriate on the part of a few BJP leaders who are trying to do politics on security forces'' action".