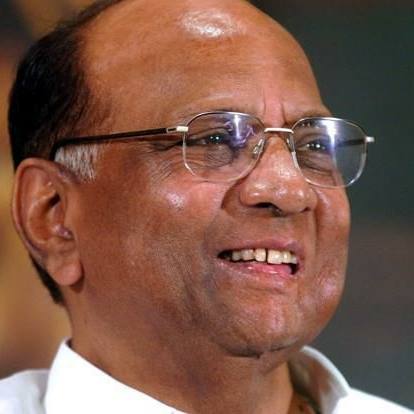 Rajya Sabha Member and Chief of Nationalist Congress Party, Sharad Pawar had earlier in 2012 announced that he has quit electoral politics. However, recently, the 78-year-old is planning to contest in the Lok Sabha polls contest from Madha, the constituency he won in 2009.

Senior party leader Praful Patel said in a statement, "All senior leaders have requested Pawarji to contest this Lok Sabha election from Madha Constituency. He will take his decision shortly and we will announce it accordingly".

It’s speculated that the return of Mr. Pawar comes as the Opposition leaders like Mamata Banerjee and Mayawati are competing for the top post in the united opposition. This somehow clears the path to the PM’s post in case of a favorable mandate.

Despite the fact that there hasn’t been any official announcement, the NCP has finalized a seat-sharing arrangement with the Congress. Furthermore, the party is pushing for an understanding with the MNS to combine the opposition votes in Maharashtra.

Pawar completed 50 years in politics in 2017. It is known that he had never been defeated in an election since his entry to the Maharashtra Assembly in 1967 – an achievement that has avoided many of his contemporaries. However, till now his wish of becoming the PM, however, isn’t yet achieved.