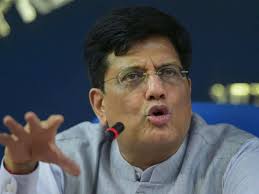 Amidst the protests by opposition party members, the 16th Lok Sabha approved the interim budget for 2019-20, its last one on Monday.

On February 1, the interim finance minister Piyush Goyal had presented the budget which received a backlash from the opposition.

Congress member Shashi Tharoor had alleged in his speech that the government for the first time presented a budget with retrospective effect so that the first cheque can be sent to the farmers in time before the election. He said that the farm crisis is serious but this was too little, too late.

Countering the allegation, Goyal had said against the previous United Progressive Alliance (UPA) government’s providing₹52,000 crore in 10 years to farmers through farm loan waivers, the Narendra Modi government will provide them ₹7.5 trillion in 10 years.

Goyal had asked if the Congress wanted to deprive the farmers as some people are trying to belittle the scheme which will benefit 12.5 crore farmers.

On the contentious angel tax, Goyal had guaranteed the Lok Sabha that startups and venture capital funds won’t be harassed, however, the government would take strict action against shell companies.

In his speech, Tharoor had complained about how the government did not mention sparing startups from the angel tax in its interim budget.

“People have been waiting for a break from the angel tax so that investors will actually contribute to investments in our society," he said.