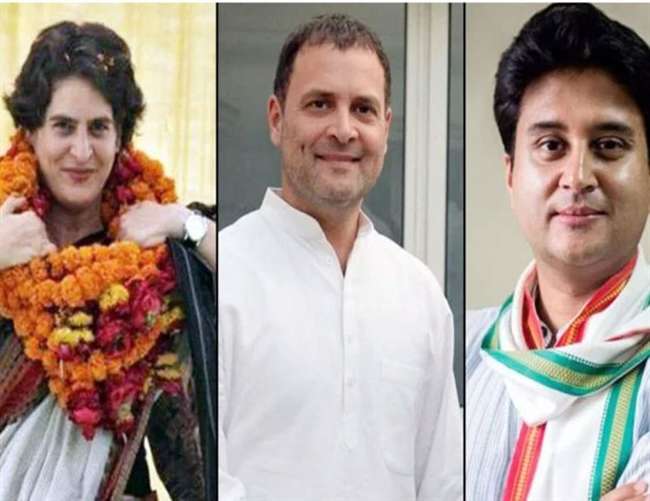 Priyanka, along with her brother Congress President Rahul Gandhi and   Jyotiraditya Scindia will reach Lucknow on Monday. A senior leader of the state Congress told that Priyanka and Jyotiraditya will discuss in detail with their respective Lok Sabha constituency members during their four-day visit to Uttar Pradesh.

It is believed that the Way to win Uttar Pradesh is via Purvanchal. So far it is possible that Modi will once again contest the Lok Sabha election from Varanasi. Apart from this, Yogi Adityanath's long-standing presence in the Gorakhpur constituency after becoming the Chief Minister and as the effect of 'Hardcore Hindutva' has increased new challenges for opposition parties were also increased, especially for Congress in Purvanchal.

"Team UP" will be guided by  Spokesperson SP Singh. Mr Singh said that "We will work with both Priyanka Gandhi and Jyotiraditya Scindia. We have identified about 40 such seats where the number of Dalit voters is more than 20 per cent. These include 17 reserved seats. "

He said, "Last week we handed a blueprint to both Priyanka Gandhi and Scindia. We will soon start working from the grassroots level.  He said," We will use mass public meetings and social media to reach the Dalit community. The entire framework has been created. "

"In Priyanka and Scindia's public meetings and programs, we will ensure proper participation of Dalit community," he said. He also spoke candidly about Congress initiative will not directly harm the SP-BSP coalition, Singh said, "It is a misconception that all Dalit votes go the BSP party, half the Dalit voters go with Congress, but also the rest goes to the other parties. Also, Chairman of the Scheduled Caste Department of Congress, Nitin Raut said that the team will focus primarily on the seats where the number of Dalit voters is 20% or more.

Therefore, it is completely wrong to look at this initiative as an attempt to harm the coalition.  He said," We will try to bring back those voters who voted for BJP due to some reasons in the previous elections. We will emphatically tell the Dalit community that the BJP wants to end the reservation and also wants to change the constitution."