Publicly voicing his unhappiness with ally Congress, Janta Dal (Secular) leader, HD Deve Gowda said that he was in "pain" and would not remain "quiet anymore." He called the six months of running the coalition government with the Congress an unpleasant experience for the JD(S). Gowda is the father of Karnataka’s chief minister HD Kumaraswamy. He said that it had been just six months since his son became the chief minister of Karnataka and all kinds of things had happened. However, he didn’t say anything until now when he couldn’t keep quiet anymore. 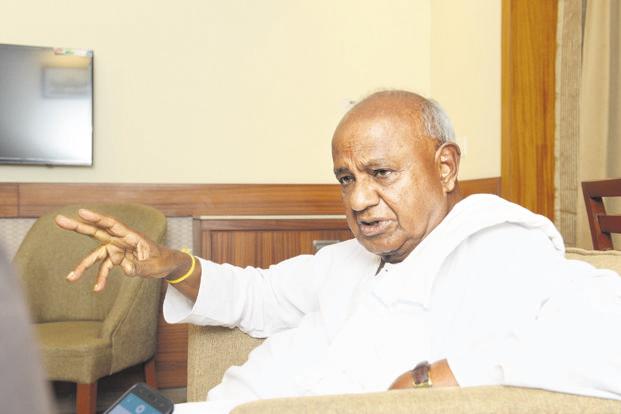 He called out on the usage of foul language in the parliamentary. He rhetorically questioned if this was the way of running a coalition government where they have to request their partners to not use such foul language.

Gowda also attacked the former Chief Minister calling out on how he misbehaved with a woman a few days ago by snatching her mic. The incident took place in a public meeting in Varuna, Mysuru, on Monday.